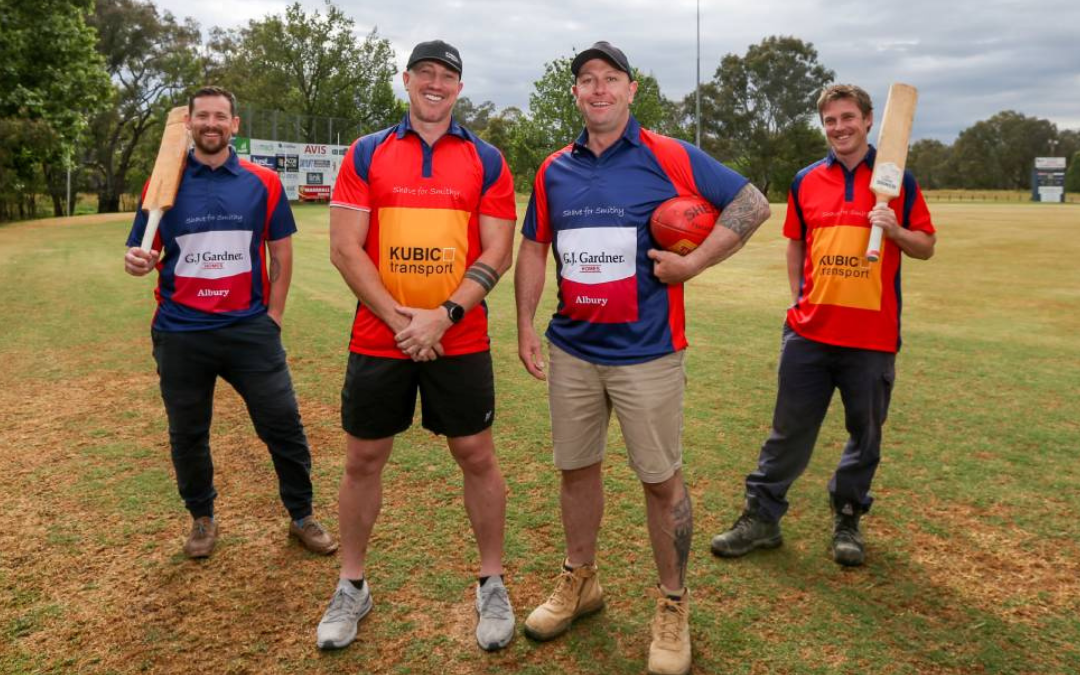 After a year for the record books, one of the positive things to come out of 2020 is the way it has brought communities together. We’ve seen this through the support of local businesses, helping those impacted by restrictions, in our drivers’ dedication to our customer’s needs and now at Thurgoona Football Club at the Shave for Smithy charity cricket day.

Organised by Thurgoona to raise funds for loyal Bulldog supporter Josh Smith who has been battling cancer since May, the Shave for Smithy Big Bash was at Thurgoona Football Oval on November 15th, where Albury-Wodonga locals came together to play a good old game of 20/20 cricket.

Kubic Transport was lucky enough to not only support this event through sponsoring one of the teams but also lead it, with Brad Thompson, our Linehaul Operations Manager as the team owner, putting together the Kubic team that strived for victory at the Shave for Smithy Cup.

Josh has been the club’s ultimate supporter for years and has always been there for players when they needed lifts after matches. It’s safe to say he deserves the community of support he has behind him!

At the end of the day over $15,000 was raised with 100% of the proceeds from the event and Go-Fund-Me page being donated to Josh & his family to help with the costs associated with his treatments and recovery.

“We would like to express our heartfelt thanks to the sponsors of the day, volunteers, spectators and participants. The Smith family and the club are so humbled by the support that has been shown to Josh. A big shout out to Team Owners G.J. Gardner Homes Australia and Kubic Transport for their generous support of this event.”

Congratulations to G.J. Gardner who are the Shave for Smithy Big Bash Champions beating the Kubic Transport team with a final score of 7-210.

A great match for a great cause!